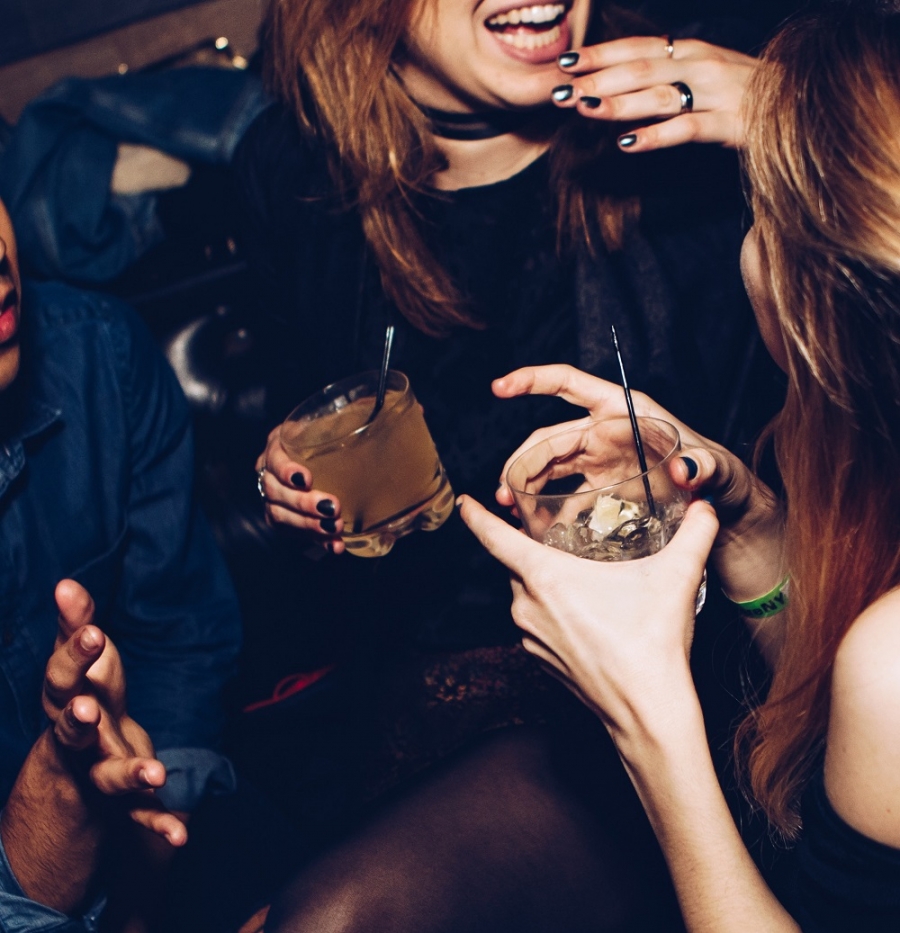 Kay entered the garage lit by sensors as she walked in to check on her car. She had the best intentions to begin charging the vehicle but didn't park it close enough to the charging dock. Most newer cars began charging when they were within 50 feet of the garage. Kay liked to call her car a classic, but her friends called it a medieval piece of junk.

"Tracey, Call Jade. "Hey, a group of us are going to Captiva tonight, and Chip will be there, if you recall. Have you even taken a shower today?".

"No, shit. You requested a full screen and I allowed it. At least your system doesn't project holograms. It's getting harder to lie to people as we used to with good old-fashioned Face-Chat. Doesn't ViaTech give you a choice of the best communication devices?"

"Everything works on a scale. If I get a promotion, which I don't necessarily want, then I get a Plume Z725," Kay said as she moved her car up so that it would charge.

"Why don't you want a promotion?" Jade asked.

"Eight. I'll drive or we'll take a DV. Send me a 360 of what you're wearing. I'm snatching a hologram to get in a work-out. You should try him – Latin 3000, the trainer is Dex. It burns but they promise a firmer ass in a month. See ya tonight. Tracey, end."

Kay always had an athletic build but that didn't amount to much because she never worked out or played organized sports. It resulted in Kay not wearing tight fitting or trendy clothes like most girls at LHS. In college, Kay realized that she could do something about her body and that it was to her advantage to do so. Good looks opened doors and who didn't benefit from a leg up. Kay started using digital workout routines, twice weekly Pilates and the occasional run. She donated her elastic waists for belts and form fitting jeans. When the occasion called for it Kay went for dresses with cutouts and heels – chunky, stilettos or platforms. She loved them all. Kay Whatley started to enjoy looking sexy and appreciated getting noticed, although she never let it go to her head.

Kay summoned her hunky hologram Dex who cordially greeted her and congratulated her on sticking with the program. He knew she had knee surgery in high school and asked if she had looked into getting a brace. He could recommend a good one from Phoenix Fitness that others he knew had success with. She declined but told him to check back and then she sweat for an hour, during which Dex reminded her to take breaks with Phoenix hydrating beverage.

"Kay, just a reminder to get in the shower. The DV you spoke of has to be ordered and you need extra time to pick up Jade." Tracey's voice filled her not so big condo.

"Thanks, Tracey. Off," Kay said as she turned off her personal assistant. There were times when she got sick of being reminded of things to do. She had a lot going on and there were times she wanted to rely on her own intelligence. She feared losing it if it weren't exercised.

"Plume, I need a DV at 7:15." Kay talked into her wrist. She smiled and realized if she turned one device off, she always had another to rely on.

Kay slipped off her workout gear in her bedroom and put it down the chute into her smart washing device. A fresh robe was waiting in the pile of clean clothes that had come up earlier in the day. She walked into the bathroom, illuminated with soft, but not too soft lights. BeautyBot had the water flowing from the shower head when she entered the bathroom. Before it could comment on her one gray hair, Kay turned the device off because there were days, she just didn't want to know what everyone else was seeing. She didn't need to constantly look in the mirror because she knew the results were pleasing. Kay's workouts paid off, she knew it and her confidence made her shine.

Kay walked into Captiva and made a beeline for Will who had ordered a drink for himself at the chrome bar. Bryce and Jade were scoping out the crowd to check for anyone they knew. Jade found Chip Mantooth and immediately started chatting him up.

Chip Mantooth had evolved since high school more than anyone else. He had gone from very geeky to mildly geeky. He bathed regularly and no longer had a relative cut his brown hair. He had even gotten highlights which looked natural and not overdone. In high school Chip dressed off the rack from the discount outlet and now, although his suits weren't bespoke, they were pricey and on trend. Chip was presenting a new version of himself and it was obvious that he enjoyed the positive attention he garnered.

“Can’t complain. Of course, it’s not as stiff as the ones you pour.” Will smiled. “You also offer a better sounding board when you’re behind the bar.”

"Bar bots are endangering my career as a bartender. I used to tell bar owners that bots couldn't beat my gift for gab that would encourage patrons to buy more drinks, but the bots have that covered now. Holograms in Japan are listening more closely than I ever could and offering advice like you'd find in a therapist's office.

” I disagree, Bryce,” Will said.” They’re not nearly as nice to look at or fun to flirt with as you can be.”

Bryce smiled. “Thanks Will. Screw it – I'm thirsty." Bryce ordered a martini from the bot.

Read the rest of this episode