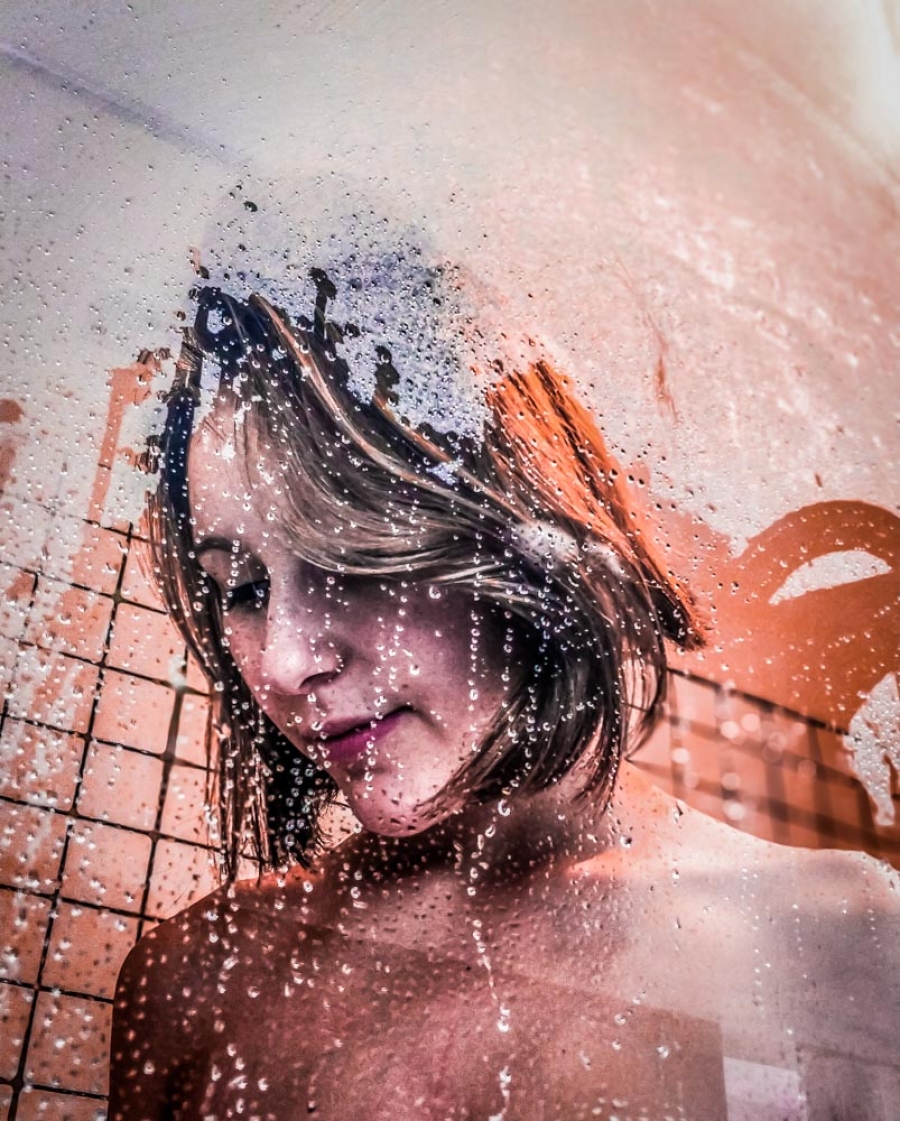 Kay woke up without relying on Tracey's alarm and soothing reminders, which didn't kick in until she was well into her shower. Since Kay wised up to the chatbots at work, to her theory about central recycling, and now the soap she was using, Kay realized that she had given technology too much control. The damn soap was recommended by Beauty Bot because a scan revealed dry skin. Kay never noticed dry skin. This was beyond clever marketing at the grocery store. Companies were handing their products to her. With a few words, the money was withdrawn from her bank account and a drone on its way. That was the way consumers lived and it was all controlled by a few select companies.

Kay heard the bathroom door open. She knew it was nearly impossible for someone to get into her condo without her permission. It was one of the things she liked about modern technology. "Is someone there? I have a pistol and I'm not afraid to use it."

"Kay, who's going to believe you have a pistol in the shower." Will walked right in because Kay had left it open for Bryce.

"Fuck you, Will. Bryce stopped by earlier for coffee – claims she's too broke to replenish her supply or go to the café. I'll be out in a minute."

"Nah, I'll just join." Will shed his clothes and joined Kay in the shower stall. He began rubbing her shoulders. "You're one big knot – what's with all the tension?"

"I'm not tense, merely focused. Before you say I'm paranoid, I'm only curious. You saw Chip's house; I'm looking into the entity that's turning him into a rich man. My Mother always told me, if it's too good to be true, it probably is." Kay noticed that Will wasn't paying attention to a thing she was saying. She decided to give him what he came for before continuing on with her day.

"Hey, didn't expect to see you so fast. Did you get a client list from Chip's office and if so how?" Kay asked.

"I'm cut out for this kind of work. Feel a little like Nancy Drew."

"Who the hell is that?" Kay asked.

"Never mind. I went to his house as a friend, to get a better look at his new digs. Men are so eager to show off their toys and gadgets. Especially someone like Chip, who's not used to having that shit. I brought a thermos of coffee and muffins because I thought that would be cute. Thanks – I got them from your kitchen. You only had blueberry, next time mix up with some banana nut."

"Enough of your house warming treats – what did you get? I'm getting ready to rip that folder out of your hands" Kay asked impatiently.

"I think it was all the coffee, but Chip took off to the bathroom and left several pages open on his computer. One was his bank statement." Bryce proudly handed Kay the folder containing every transaction for the past three months.

Kay was elated. "Holy crap, you did good girlfriend! This gives me a very good start. I can see who is putting money in and who Chip is then giving it to, which I'm thinking is international." Kay read quietly for a few minutes except for the occasional ooh and ah.

"Chip is selling devices to about a dozen clients. In turn, he gives the money back to Plushenko Devices, Inc."

"What's wrong with that?" Bryce asked. "Sounds like there's a demand for the product and Chip is facilitating the sale."

"In a perfect world, Bryce, but one of these invoices is for $1.3M. That's a lot of tubing kits and these aren't big hospitals in metropolitan areas. Looks like Health Arena spent over $6M on such kits in the last fiscal year. Another company, FreshTech sent a check to Chip for $2M."

"Do you think Chip has any idea what's going on or how he's being used?" Bryce asked.

"I don't know, it's almost time to tell Chip what we've uncovered. I called in sick today, even though ViaTech probably has infrared monitors on my house. They know I'm not in bed coughing up a lung, but who cares. Are you up for a walk into town? I can do research on the way."

"ViaTech doesn't track your Plume activity or your watch? I don't want you to lose your job – then we'll both be broke."

"No, that's why I like my older generation gadgets. I got them before ViaTech, and they can't be tracked." Kay slapped her fitness tracker on her wrist. The factory installed GPS technology on the thing which Kay easily disabled. It wasn't much of an effort – kids were good at that sort of thing so parents couldn't track them. Parents, however, found their way around it by getting infants chips at birth.